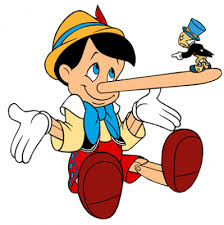 That which we call a Lie by any other name would still be deceit.

And there were lots of lies and deceit in William Shakespeare’s play Romeo and Juliet, from whence the above line did come.

Apparently, Juliet was arguing that the names of things do not matter; only what things “are.” So it stands to reason that a lie by any other name – is still a lie. And lies are created to deceive, are they not?

But what about times when you say something that isn’t true, and yet it’s not meant to deceive, but it can be misleading? Is that a lie?

Could This Be A Lie?

Did you know that the state known as Rhode Island isn’t an Island at all?

And did you also know that Rhode Island is not the official name of the state?

Remember Juliet’s argument that the names of things do not matter, only what things “are”?

It’s not always that people lie about things that make us believe something that isn’t true. It can be because of the way the English language allows you to say something that makes people follow, without question, what you have said.

In NLP we call this a presupposition because it presupposes something.

A presupposition allows us to pre-suppose something is true … when there may not be evidence to back up the statement.

If a friend told you they went to McNabs Island on the weekend, what would be your typical question to them about the trip?

Would you ask their reason for going, perhaps if they had a good time, and who went with them, but it’s highly unlikely that you would ask them if McNabs was a real island, would you? No.

This is how people can convince you of things that may not exist or be true. They slide it into the conversation in a way that you will readily accept it’s existence — presupposing it to be true.

Politicians are perhaps the most well known for this type of maneuver.

So, how do you detect presuppositions that are intentionally misleading you? Start to ask more specific questions about the things you are hearing.

Start but paying attention to the everyday conversation a little differently.

PRO TIP: Do not overuse the word specifically as it will start to annoy people.