Do Your Habits Ever Embarrass You? 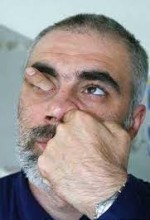 We all have habits, good ones and bad. The good ones we don’t really pay much attention to but the bad ones affect how we feel about ourselves, and it’s usually not good.

For example, when you hear the word habits what do you automatically think of? If you’re like most people you think of something that is bad and hard to give up, right?

It’s rare to never that you hear anyone saying they have these really great habits, but everyone has. They are what make you good or great at something you do.

So why is it that when we speak of habits we are always referring to bad ones?

Well, it’s one of those habits.

Even the dictionary states that a habit is a practice that is hard to give up – presupposing that we would want to give them up, which also presupposes they are bad.

Habits Of The Rich And Famous

Having the right habits can make you rich and famous. Every successful athlete, actor, business owner or musician has developed certain habits to become famous and therefore successful.

If you wanted to model Tiger Woods, Mick Jagger, Johnny Depp, Richard Branson, or anyone famous and successful you would need to model the good habits they used to become successful.

And even successful people of lesser renown have good habits that helped them create their success. It’s really too bad that most people FAIL to understand the link between success and habits.

Did you know there were 318,979,564,000 different ways to play the first four moves per side in a game of chess? It’s true according to the internet.

But even rich and famous chess players wouldn’t attempt to play all those moves.

Because they have habits they have developed the same as any other rich, famous or successful person. They will make the same moves they know will help them to win again and again.

Habits That Make You Unsuccessful

I’m not sure what specific habits are keeping you from becoming more successful, rich or famous, but I can almost guarantee one of them is the habit of waiting.

By waiting, I mean the habit of not taking action. Waiting for more information, more knowledge, more ability, more money, anything so you don’t have to start.

I think of all the embarrassing habits there might be, the habit of not doing anything is the worst.

If you want to make changes, change that first, just get up and do something.

If you’re afraid of failing, don’t worry, you’re already doing that by not taking action. Start by doing something, even if it’s something really small.