How To Understand The Law Of Expectation – Another Erickson Trance?

Why does this keep happening to me? Why can’t I get ahead?

Have you ever heard yourself asking questions like this, or something very similar?

Because, Life,  no matter what you do, seems to keep pushing you down. It keeps blocking your success, and stopping you from being successful and ultimately being happier?

And because highly motivated successful people experience this too, and are willing to do something about it, our NLP Life Coaching business does very well.

So let me help you understand how Dr. Milton Erickson’s Law of Expectation works.

Dr. Milton Erickson was a brilliant Hypnotherapist, undoubtedly the best in the world, but I wasn’t completely sold on his Law of Expectation when I first read about it, and here’s why …

There are so many weird ideas being sold out there that it becomes easier to disbelieve them all, rather than to waste time trying to find the one that actually works.

Or as Alfred Korzybski said in his book Science and Sanity, “There are two ways to slide easily through life: to believe everything or to doubt everything; both ways save us from thinking.”

Not being one to take the easy road through life, I had to prove to myself that it either worked or it didn’t.

Because it has been my experience that most so-called laws are simply writers ideas to sell a concept. And of course, under scrutiny, they don’t work. So I had to know if this was one of them.

He also declares that it doesn’t play favorites, so it doesn’t matter if you are expecting negative or positive things to happen – The Law of Expectation stays true.

And you can’t cheat the Law of Expectation. You can’t cheat by just wishing or hoping something to happen, or to be a certain way. Because a real expectation is tied into your Belief System.

And because it’s tied into your belief system is the reason why even highly motivated people can’t get ahead at times. Because somewhere ingrained in their thinking (usually due to an earlier experience) is the belief they can’t.

For me, it was my father’s voice saying, “only crooked people get ahead.” Well, I wasn’t crooked, so obviously I couldn’t get ahead.

Then I got my coach to help me change that belief to – people who do the right things get ahead. That’s an NLP Reframe by the way.

Expect To Be Bugged By This

So after playing with this over the years, I noticed some other things that tie into the Law of Expectation. Things within the normal hypnotic realm where Dr. Erickson was famous.

One day I was in my garden shed, and it was a bit dark, but light enough to see what I was doing. I was pouring some rabbit food pellets from a large bag into a smaller dish when suddenly I saw a pellet role away from the dish. Well, I thought it was a pellet …

Or rather, I expected it to be a pellet.  It was only after defying the laws of physics by continuing to roll that I stopped expecting it to be a food pellet. Then I was able to SEE that it was a very fast multi-legged bug who obviously had no expectation of me being there. 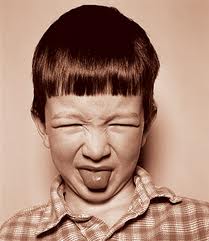 Glad I didn’t reach down to put it back in the dish. Ugggh!

The event proved to me again that Dr. Erickson was correct in his Law of Expectation, even if it was on a much smaller scale.

Much of the field of NLP comes from Dr. Milton Erickson’s work, and I have, and still, study his work for answers as most still lie hidden waiting to be discovered and used.

The study of NLP is about understanding people. Whether you want to know more about yourself, others or both. There is no other field that covers the subject in greater detail and understanding. Or more interestingly presented.

And I don’t believe there is an end, as the more I learn, the more I learn there’s always more to learn. But that’s what growing and expanding is all about, don’t you think?

Can Life Coaching Jumpstart Your Career Giving You Success And Happiness?