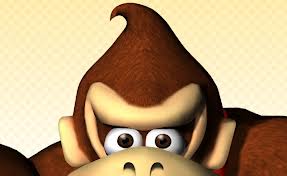 Do you know the secret story behind one of the most successful video games in the world? You may be surprised that it all started with a really big problem for the small game company called Nintendo.

Did you ever notice there is no donkey in the famous video game Donkey Kong?

I’m not sure if you have ever played the game but it’s pretty hard to go through life without having seen the game Donkey Kong, or it’s famous star “Mario” somewhere.

In the late 1970s, Nintendo was a small Japanese toy company that specialized in making playing cards. An early venture into the video game market created a big loser, and the company found itself stuck with 2000 arcade game cabinets.

It was at this point that Nintendo’s President almost assuredly used a well know neuro linguistic programming process and asked himself, “what do I have and what do I need?”

And that’s when he trusted his unconscious mind and risking all went with an unknown young artist named Shigeru Miyamoto.

Miyamoto created a game where the main player was a little jumping construction worker named Mario (first named Jumpman) who had rescued his lady friend from a barrel-chucking ape, who he appropriately called Kong of course.

The Japanese game creator didn’t understand English and resorted to his Japanese-to-English dictionary for a word that represented stubborn and found “donkey”.

And that is how Donkey Kong, one of the worlds most famous video games ever, got its name and has no donkey.

I guess you could say it’s also another example of the neuro linguistic programming presupposition, “The Map Is Not The Territory.”

What Does It All Mean?

And the creators of NLP or “neuro linguistic programming” used a similar process taking the meaning of the words to explain their new creation:

Early on the name “Neuro Linguistic Programming” made some people think that they were going to be “programmed” by others, but there will always be overly paranoid superstitious type people who don’t know the difference between fact and fiction.

There is no donkey in Donkey Kong and there is no one but YOU programming yourself to do and be the way you are.

Would You Give Up Olympic Gold For Your Life Passion? This Guy Did …