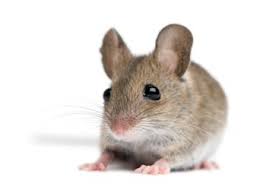 Do you suffer from poor mental development, but don’t know it?

Have you ever given serious thought to your mental development status, and what it could be costing you?

And, how would you know if you lack in your mental development, or if you’re mentally incapable of certain functions?

Have you ever considered things like NLP  and leisure as mental development tools?

“The happiest people are those who think the most interesting thoughts. Those who decide to use leisure as a means of mental development, who love good music, good books, good pictures, good company, good conversation, are the happiest people in the world. And they are not only happy in themselves; they are the cause of happiness in others.” William Lyon Phelps

William Lyon Phelps, (1865 -1943) was an author and scholar who taught the first American university course on the modern novel. He was also a well-known speaker, had a radio show, wrote a daily syndicated newspaper column, lectured frequently, and published numerous popular books and articles.

So, what do you think?

Did Phelps discover what made him happiest by doing what he loved? Or do you think he was an unhappy person, hated what he was doing, and thought he would be happiest doing only what he loved – but never did?

But My Life Is Too Busy …

Now, I’ll admit, some things have changed since Phelps wrote that quote.

Lives have gotten busier, but that is the most overused, totally worn out, worst excuse ever – build a bridge and get over it.

Everyone’s lives are busy, and in Phelps day they didn’t have instant this, and immediate that. They worked long and hard at everything they did.

And the happiest people were happiest because they found ways to increase their mental development.

So, If you’re not happy, perhaps it’s because you’re too busy doing something you don’t enjoy. Maybe if you worked on your mental development, you could find something to make you one of the happiest people.

One way to join us, either by adding to your skills or starting in a new direction – one that you love is by learning more about the benefits of NLP.

Would You Give Up Olympic Gold For Your Life Passion? This Guy Did …