Accomplishment: Now Get The Real Secret To Succeed 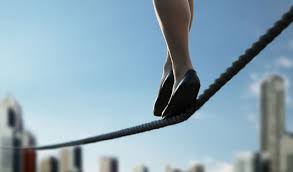 Do you want the real secret behind Accomplishment?

Because I can almost guarantee that that’s exactly what you’ll do.

Why? Because the real secret behind accomplishment will seem to be too simple. And that’s why people struggle so much with accomplishment and the success it brings.

So unless you’re willing to promise, I don’t want you to even bother reading any further.

Just go get some NLP Life Coaching instead.

But if you are willing to promise, then read the following very carefully because it’s not really that simple, it’s actually quite hard to get it right.

What most people do is, they read it too quickly and interpret what they think it says, then they brush it off, or don’t do it right.

So don’t mislead yourself. Because if you do, you will join the multitude of non-achievers rather than the chosen few who really understand achievement. An that will make an achievement for you, an impossible thing.

I Think I Can … Why It Ain’t Enough

Because most people will start out by thinking they can accomplish something, so when something derails that thought, like a screaming freight train going off the track, it’s crash and burn, and the accomplishment dream is gone.

Thinking you can isn’t the same as knowing you can. Knowing you can is believing that it will happen. An unshakable belief that no matter what the obstacle, you will overcome it, and accomplishment will be yours.

How To Win Against The Toughest Obstacles

Thinking you can is no defense against obstacles, and the toughest obstacles have no penetrating power against real belief.

And that’s why we teach you how to change beliefs in our NLP Practitioner Certification Online. Because, whether you plan to use it as an NLP Coach, boss, mentor, trainer or a loving parent, you will have the techniques and processes to help change beliefs.