Relationship Troubles?
3 Things You Can Do Now To Make Others Like You More 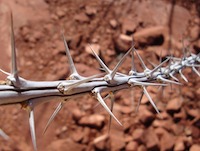 Relationship troubles are rampant. In this digital age we are becoming more connected and yet moving further apart from each other by the day.

We all have a built-in hardwired need to be liked and respected by others; it’s part of being human. As a matter of fact, Love and Belonging is right in the middle of Maslow’s hierarchy of needs.

Others suffer from multiple short term relationship troubles, which often creates poor self-esteem issues, preventing them from living a fulfilled life. Which, as in Maslow’s hierarchy of needs, is the next level in life.

But your relationship troubles can be easily fixed. Because most people, yeah most likely you’re in the group, pick the wrong people to be in a relationship with.

Now, if it’s a work situation, you don’t really have as much choice, but we’ll get to that later. Similar if you are of a culture where your mate for life has been preselected for you.

But for all others, especially for personal relationships, you have all the choice.

So, if you’re having relationship troubles, here are the 3 things you can do now to make others like you more …

The first thing on the list is the simplest and yet most overlooked – pick the right people.

Up until the time I met Ronda, I had absolutely disastrous relationship troubles. I got straight with my attraction strategy just months before we met.

Get this wrong or ignore it at your own peril.

The second thing on the list is, become aware of yours and others built-in automatic responses.
We all have them and knowing what they are makes you situation understandable. Meaning, it won’t be such a mystery as to why you’re having relationship troubles.

They are called automatic condition responses because they happen automatically when triggered by an event or action in your life. They are buried in your subconscious and therefore not realized consciously. Hence the relationship troubles.

Most marriage relationship troubles are due to automatic condition responses.

The third thing on the list that you can do now to make others like you more is, stop the automatic condition responses that are causing your relationship troubles.

It’s possible this third process can be done on your own, but it’s not probable. Meaning, it’s likely so buried in your subconscious that you will need an expert’s help to get rid of it.

As Ronda likes to say to her coaching clients, “You can’t pull yourself out of quicksand with you’re own ponytail.”

If you want to have better relationships, it’s really up to you to do something about it.

Most people won’t. They’ll put up with the misery for their entire life, blaming others for their misfortune, and die unhappy. Sad to say, and a bit harsh, I agree, but unfortunately, it’s true.

If you want to stop relationship troubles and have a wonderful happy life, do the 3 things I have told you to do.

If you want to guarantee your own success and need an NLP Life Coach to help, then contact Ronda