Modeling Excellence – How To Do Wonders With This Little Coaching Technique 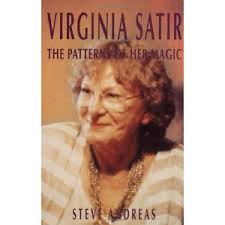 Something you may or may not know about NLP, which originated in the 1970s, is how it came about, and that is, from observation.

But the method of observation used by the creators of NLP was in no way ordinary.

When Dr. John Grinder and Dr. Richard Bandler set out to map out the techniques and processes of the most influential and advanced Doctors, Psychologists, Scientists, Salespeople and other professionals of the day; they created a whole new method we now call Modeling Excellence.

They were not doing this for the purpose of entertainment or to write books. No, the purpose behind their methods of observation was for Modeling Excellence so that they could pass on the “How To” abilities of these great people to others, like you and me.

And not only did they make amazing discoveries in their observations, but they’ve also helped millions to advance in their fields by using this Modeling Excellence technique.

A technique you can easily learn in our NLP Training Online.

The first step to Modeling Excellence is to find some amazing person who is excellent at what they do, and then use what you’ve learned through your NLP Training to Model them to perfection.

The end result, when done correctly, is you then think and do exactly as your excellent model does…as if by magic.

And who better to use in Modeling Excellence for coaching than Virginia Satir. She was definitely one of those amazing people with abilities that stumped most ordinary observers.

What Virginia could do with families having serious problems was nothing short of magical.

So, imagine being a fly on the wall in a room with Virginia Satir, the mother of family therapy, watching as she interacts with a client’s family.

You observe, as Virginia Satir utters a short command, combined with a simple touch on a man’s lower arm, a confrontational husband suddenly becoming passive and responsive to her suggestion – as if controlled by an overwhelming power!

What was so different about the simple words she spoke?

Who Else Can You Model For Excellence?

And Virginia Satir is just one of a fantastic group of people who’s methodologies have helped create NLP, and that has changed countless people the world over forever.

So, will you be one to Model Excellence? And if so, who will you choose to model with your NLP skills first?

NLP For Added Skills – Because Your Success Depends On It

NLP Training Canada The Differences You Need To Know