Skip to content
"NLP Coaching Handbook" An invaluable reference guide for NLP Practitioners, Master Practitioners and Coaches. It neatly fills a gap in the market between summary cards and textbooks. If you coach regularly, this booklet is for you…." 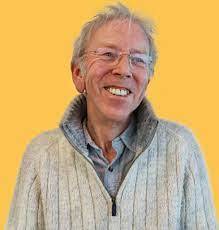 The NLP Coaching Handbook: Why We Created It

Since reading my first NLP book in 1990, I have wanted to use NLP to help people get their lives back. To stop the pain and suffering and make people whole again because that’s exactly what NLP did for me.

Yet, when I tried to use NLP, I wouldn’t always remember what techniques to use or when to use them. And not only that, I would often forget the steps or get the order mixed up.

At other times I would simply get stuck and wonder, what the heck do I do now?

I was on a confidence crashing rat wheel.

I asked others using NLP if they had experienced this, and many had, so I asked what they did to combat the problem. Well, I got an interesting array of answers. Everything from crib notes on the bookcase to recipe cards to read from – but nothing seemed to work for me.

As years went by, I became better at NLP and coaching. And I had some favourite techniques down pat, but the same old problem arose whenever I wanted to try new NLP techniques.

To tell you the truth, getting stuck so often kept me from getting better faster because I didn’t want to forget and feel stupid in front of people.

Many years later, while giving NLP Certification and Coaching Trainings, Ronda and I noticed our students having the same problem. So Ronda decided it was time to do something about it.

After many weeks, often working into the wee hours of the morning, all while nursing her dying cat, Tuppy, Ronda emerged with the first copy of the NLP Coaching Handbook.

Our students became our beta testers and gave us feedback to improve the NLP Neuro-Linguistic Personal Coaching Handbook. After that, we used it in all our coaching sessions to make sure it worked, and it did work. It worked great!

"If you want a quick and easy reference guide to NLP for patterns and processes if you are coaching or facilitating another's resourcefulness, NLP Handbook is the book. In just over 100 pages, you have at your fingertips the essential patterns of traditional NLP. Well done!…." 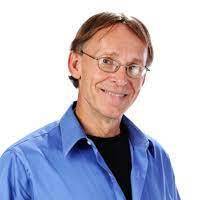 L. Michael Hall, Ph.D.
The Most Prolific Writer In NLP

What's Inside The NLP Coaching Handbook

The first entry is the Table of Contents, which shows you how to quickly find every NLP technique and process you will ever want to use.

After that, you won’t need to fumble through large, cumbersome manuals anymore.

These 14 points alone can keep you from being the 1 in 4 that go out of business in the first year.

The NLP Model of Coaching gives you the big picture view of the NLP coaching process. With this visual, you get to see everything in one glance.

Page 4 - What To Do When - Interview & Changework

We give you a detailed picture of the coaching process, describing what techniques you can use for a specific problem or issue, and more.

No more guesswork or wasting time.

Have you ever forgotten a step in the process? I know I have.

And do you sometimes get a client who is all over the place – popping up questions – one problem leading to another, and another?

Well, fear not, the Present State/Outcome State Script comes to your rescue.

This script breaks the coaching process down into 4 easy steps. And then we give you the A – B – C’s of those steps.

It even reminds you when to break state, so your client doesn’t drag the unwanted present state into the desired outcome state.

Because, after all, it’s this process on page 7 that makes NLP Coaching so magically effective and keeps it leaps and bounds ahead of any other coaching or therapy model.

This page keeps you focused on finding the root problem.

Because identifying the root problem, as you know, means you can now be the HERO by using a technique to blow the problem out … this makes it all so easy.

Strategies are my personal favourites.

These elicitation questions lay bare your client’s model of the world and how they process information. And how they use that information to do what they do.

We give you an uncomplicated picture of Questions to Ask to elicit your client’s meta-programs quickly and easily.

My favourite has always been the convincer strategy. It saves a lot of time and frustration if I can quickly learn how my client is convinced and how many times it takes to convince them.

"Ronda Degaust and Bob Clarke's Neuro-linguistic Personal Coaching Handbook is an excellent handbook to keep in your pocket for quick reminders of all the techniques you are using or have forgotten to use since your NLP Training. Very clear, very visual and a delight to peruse…" 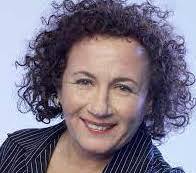 The NLP Meta Programs and Values are areas that few master and few masters reveal.

Suppose you want to know how Dr. Milton Erickson could get the results that made him famous. And learn the secrets he never revealed. Then look no further than NLP’s Meta Programs and Values.

Without the Meta Programs and Values, well, it’s like working with a canned sales pitch. Blah, blah blah. Your lips are moving, but your clients aren’t hearing what you are saying.

Also covered is how to Test and Future Pace your work before the client leaves.

The Test and Future Pace technique ensures you know the process was successful. But, more importantly, your client knows it worked, giving them an extra convincer to make it stick.

And if there is ever an odd time you may still feel stuck in your process, we have you covered on page 103 – What To Do If You Get Stuck – so you’ll Never Be Stuck Again!

The visually aided – at a glance – easy to follow – Practitioner and Master Practitioner techniques are on pages 14 through 85.

Our students use it and love the NLP Coaching Handbook.

NLP practitioners throughout the world who have purchased their own copy use it and love the NLP Coaching Handbook.

And, now, you too can join our experts using and loving the NLP Personal Coaching Handbook

All Orders Are Processed Through Our Ultra Secure Shopping Cart