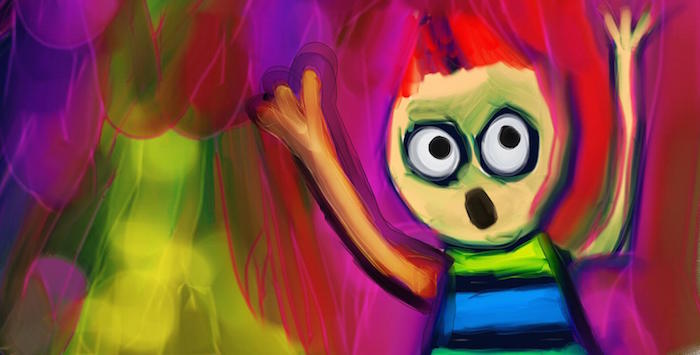 The NLP Rewind Technique, what the heck is that?

I’ve taken dozens of live NLP Training courses over the years. And I know it’s easy to miss something at a live training or not remember parts of it.

That’s why I recommend our NLP Training Online; with our video training, you have a clear advantage because you can always watch it again.

Anyway, I was pretty darn sure no one had mentioned the NLP Rewind Technique in any training I took. But there it was, plain as day in a post authored by a student we helped train from South Africa.

I had never heard the VK Dissociation Technique ever called the NLP Rewind Technique in all the years of studying NLP.

A rose by any other name Billy Shakespeare would say. So, in this case, it doesn’t matter if you call it the NLP Rewind Technique or the VK Dissociation. The important thing is that it will get rid of your phobia.

Now that is a Freedom worth striving for.

And while I’m talking about the NLP Rewind Technique, I’ve got a confession to make, I could have gotten rid of my two immobilizing phobias using NLP early, but I didn’t. I was too ashamed to tell anyone I had them.

I guess the fear of being found out doesn’t quite make it to the phobia state, let alone the top 10 most common ones mentioned below.

But if you have a phobia, you know how overwhelmingly debilitating it can be when you’re experiencing it.

You also know how insensitive others around you can be because they don’t understand what you’re going through.

For this reason, I didn’t tell Ronda about my fear of heights phobia when we first met. But it kind of came out when she showed me the view of Halifax Harbor from an 11th-floor balcony one day.

I showed no signs of fear until she gave me a playful push from behind.

I don’t know if it was my legs buckling, my blood drained ashen face or the sudden death grip I had on the aluminum railing that gave me away. It was impossible to hide after that. I had to admit to her I had a phobia of heights.

Consequently, I kept hiding my phobias from others until 1999, when I had a session with another NLP Coach, Patrice Perillo. Ronda had hired Patrice and flew her in from Pennsylvania to coach her.

(Read Ronda’s book “How To Heal” for more)

Now I’m here to tell you that there is no shame that you have a phobia. That said, you will experience pain if you don’t do something about it.

And unless you take the easy route out with the NLP Rewind Technique, otherwise known as the VK Dissociation Technique, then you may be faced with the antiquated and more painful – exposure therapy.

Exposure therapy is when the therapist rapidly exposes the patient to the thing they are deathly afraid of, hoping that it will desensitize them to the fear.

That’s like punching someone in the face hoping they become so numb they can’t feel any more pain. Yeah, good luck with that one.

Anyway, according to Kendra Cherry at about.com, these are the top 10 common phobias.

1. Arachnophobia: The fear of spiders

2. Ophidiophobia: The fear of snakes

3. Acrophobia: The fear of heights

4. Agoraphobia: The fear of situations in which escape is difficult

5. Cynophobia: The fear of dogs

6. Astraphobia: The fear of thunder and lightening

7. Trypanophobia: The fear of injections

9. Pteromerhanophobia: The fear of flying

10. Mysophobia: The fear of germs or dirt

If you have number 8 above – Social Phobia or even have fear in Social situations, you should definitely check out our Fear of Public Speaking Video.