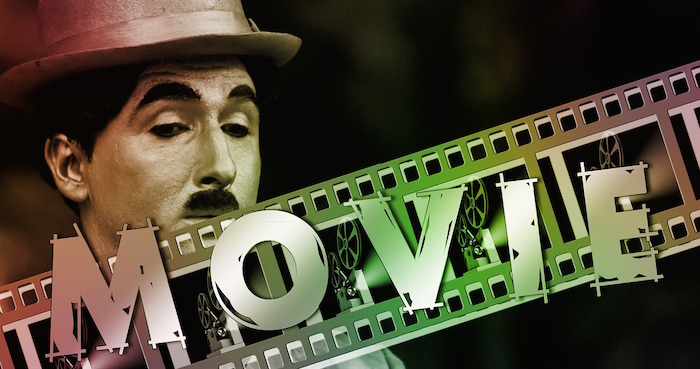 Imagine that you could have instant knowledge and understanding of NLP techniques, and you could easily SEE NLP in Action directly in front of you.

And imagine having seen such a freaking awesome display of NLP right in front of you, and you suddenly realize that you too could change your life just as quickly.

Imagine you breaking old habits and conditions that were forever unbreakable, and keeping you stuck.

Well, you don’t have to imagine anymore, because I’m going to show you how to practice NLP while watching some impressive box office hits. And even better,  you can find these NLP movies on Netflix or rent them from your local video store.

I’ve even seen them for sale super cheap if you’re like me and want to watch your favorite movies more than once.

There are two reasons I highly recommend watching these movies more than once.

The plot summary: In the near future, a computer hacker named Neo discovers that all life on Earth may be nothing more than an elaborate facade created by a malevolent cyber-intelligence, for the purpose of placating us while our life essence is “farmed” to fuel the Matrix’s campaign of domination in the “real” world. He joins like-minded Rebel warriors Morpheus and Trinity in their struggle to overthrow the Matrix.

The Matrix is an action-packed science fiction movie that keeps you on the edge of your seat. So it’s easy to miss most if not all of the NLP connections as you become entranced in the movie.

On the other hand, the underlying message that’s clear to the few who know what’s going on is, we must band together to change this.

The Matrix stars Keanu Reeves as Neo (close to neuro isn’t it, as in neuro linguistic programming?) Neo has always questioned his reality, but the truth is far beyond his imagination.

The plot summary: Russ Duritz (Bruce Willis) is a wealthy L.A. image consultant, but as he nears 40, he’s cynical, dogless, chickless, estranged from his father, and he has no memories of his childhood.

The Kid is a Walt Disney movie starring, of all people, action man Bruce Willis. And he does a magnificent job without killing anyone!

Yup, the “I thought I would be much happier and more content at this stage of my life” syndrome.

And although this is my second most favorite NLP movie, it’s in the same vein as our T.I.M.E based techniques derived from Dr. Milton H. Erickson’s work.

In the movie, this is where Willis comes face to face with his 8-year-old self but doesn’t know what’s going on yet.

It’s an absolute must-see movie in my mind and, moreover, it’s a Disney movie so the whole family can watch it.

The Plot Summary: A weather man is reluctantly sent to cover a story about a weather forecasting “rat” (as he calls it). This is his fourth year on the story, and he makes no effort to hide his frustration. On waking the ‘following’ day, he discovers that it’s Groundhog Day again, and again, and again. Firstly, he uses this to his advantage. Secondly comes the realization that he is doomed to spend the rest of eternity in the same place, seeing the same people do the same thing EVERY day.

Groundhog Day was released, and I had just finished my NLP Training. The trainer, Martyn Carruthers, said, “let’s go see a movie.”

The movie was like a total retake of my recent NLP Training. Consequently, both Martyn and I were shocked that an NLP movie was showing next to the hotel where the training was.

And like the other two brilliant movies, you can easily get lost in the story. Or you can be too teary-eyed from laughing and miss the juicy NLP bits, which Groundhog day is chock-full of.

Bill Murray is one of my favorite actor-comedians, and he is superb in this film.

You must get a copy of this movie and watch it over and over; it is brilliantly done. And again, it’s a family movie.

How To Practice NLP By Watching These Awesome Movies

You may want to watch these awesome NLP Movies the first time just to enjoy them. Upon the second and subsequent times watching, you will notice most of the NLP techniques you missed.

Depending on your knowledge of NLP, certain events in the movie will make sense to you and others won’t. No worries, there are no limitations on how to practice NLP limited by prior knowledge.

How to practice NLP by watching these awesome movies is a suggestion, and you can practice at your level.