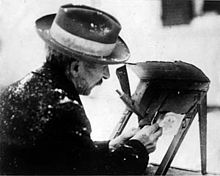 Self-esteem is a term used to reflect a person’s overall belief in his or her own self-worth.

Typically people compare themselves to others that they have been led to believe are of a high or higher standard, and place themselves either above or below that person’s position.

Low self-esteem is often started in childhood from criticism from others who point out some difference as defects. And over time this illusion becomes part of their belief, and so they take on the identity of a defective person. From this, they form the belief in themselves which creates low self esteem.

A snowflake is an ice crystal formed when supercooled cloud droplets freeze and then fall to earth.

Snowflakes do not judge themselves but are judged by the people who come in contact with them. Some peoples judgements of snowflakes last a lifetime and others change their judgement depending on the situation. IE: Whether you have to drive in a snow storm or you’re wanting to build a snowman, that will determine what you think of snow flakes.

What The Snowflake Man Said!

His name was Wilson Bentley – and he was the person who assured us that no two snowflakes are alike.

Wilson was the first person to photograph a single snow crystal, which isn’t an easy thing to do considering how fast they can melt. Plus the fact that the year he did it was 1885.

After 47 years and 5,381 photos of individual snowflakes, Wilson made the comment that he had never seen two snowflakes alike.

And apparently all these years later, with the latest in technology, scientists still agree that it’s extremely unlikely that two snowflakes can be identical.

You know, I never doubted that it was true, anymore than the fact that no two people are alike. Even identical twins can’t be absolutely identical, especially in their thinking.

Why Self Esteem And Snowflakes?

And as the snowflake man proved, no two snowflakes are alike, and no to people are alike either.

If you want to learn more about yourself and others there is no better way than taking our NLP Training Online.

People have more differences than they do similarities. For example, did you know that some people notice the difference in things, while others notice the sameness?

Which do you think our snowflake man noticed, was it difference or sameness?