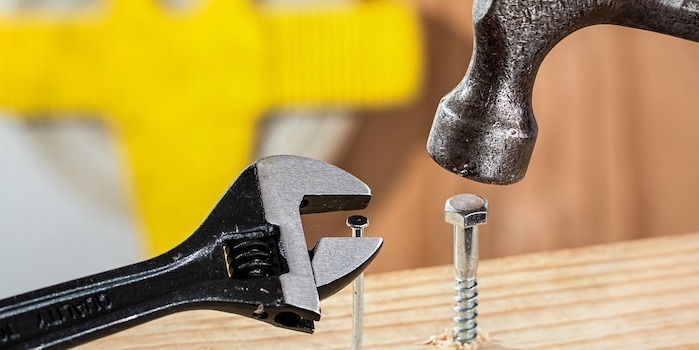 Communication. Did you know you CANNOT – NOT communicate?

What? Oh, sorry, let me communicate that more clearly.

In NLP we say you are always communicating, even when you are sitting still doing nothing. Communication is what you do all the time. So it’s impossible not to communicate.

How was that? Better?

Good, but here’s the problem, I just communicated with words and language, which accounts for only 7% of communication. So if that’s the only communication you’re good at, you are missing out on the other 93%.

What does that mean for you?

You Vs. Expert In Communication

What does it mean in real terms if you only use words to communicate?

Well, let’s say you and I (me being the expert communicator) are going for the only job in town, it means you’re not going to be eating next month.

What if we’re competing for the same gal/guy/partner? Well, then it means you better learn to sing country songs about being lonely and blue.

What if only one of us will get the raise the boss has offered? Well, then you’re going to have to explain to your wife/husband/partner and kids why you can’t buy those things that all your friends and neighbours have.

Because experience shows that when you go up against an expert communicator, sad to say, you’re not coming out the winner

But that’s OK, you can make good use of your language skills, you know, that 7% of communication that you do well, to convince yourself that life is just unfair.

Long Ago And Far Away

I wasn’t always an expert in communication, far from it. I grew up in a sparsely populated country area with only a handful of families within miles. It was a time when, if adults were around, they would tell you to find something to do, and you only spoke when spoken to.

Even in my early adult years, I mumbled more than spoke. Expert communicator, I wouldn’t have been able to spell the word. But luckily for me, someone far away was about to teach me a lesson in communication.

At age 18, I joined the Navy and sailed to Europe with the NATO fleet, one of the ports of call was Kiel, Germany.

Once we were allowed ashore in Kiel, I headed for the shops. I wanted to buy my beautiful baby daughter an outfit from Germany.

I found a small children’s clothing store and went in to look around. I spotted an adorable light pink jumper outfit, but a quick look at the price tag gave me a kick in the gut. Reluctantly I put the jumper back on the rack and decided to look for a cheaper store.

I Didn’t Expect What Happened Next

No sooner had I left the store when I felt someone grab my arm. Surprised by this sudden tug, I spun around quickly and at the ready only to see the well-dressed man from behind the counter.

But that didn’t stop us from communicating, and actually, the result was, in my mind, better because we didn’t use our language to communicate.

The man gently but firmly pulled me back to the clothes rack where the little pink jumper hung. He pulled the jumper off the rack and held it out for me to take. I tried to communicate that I couldn’t take it, that I didn’t have enough money, holding open my near-empty wallet for him to see. (This was way before credit cards became popular, not that I would have had one on an ordinary seaman’s salary:(

He then took the liberty to carefully finger through the bills in my wallet to see what I had available. Of course, I didn’t expect what would happen next. He took some bills from my wallet and led me to the counter, where he put the little pink jumper in a bag. He then handed the bag to me, smiled and shook my hand!

I was so overwhelmed with happiness, excitement, wonderment, and curiosity that I didn’t know how to react. So we parted that day, each waving at the other and smiling broadly.

Now, I want to clarify that this wasn’t a big earth-shattering lesson in communicating. But it was a tremendously huge lesson where I learned for the first time that there was a way to communicate other than with words.

So, if communication without language is possible, and it is, then how many ways different ways could there be to communicate? That question led me to become an expert communicator.

And it’s not just communicating better with people that I’m successful with; I’ve also learned to successfully communicate with animals, like our two beautiful cats, Yodie and Laylee.

And one of our now famous students (you may have seen Brian on YouTube) teaches a course on communicating with nature; understanding bird sounds and other animals.

What ARE YOU Communicating?

OK, here’s your big lesson. There are many ways to communicate, and all are more successful than mere words or language. Remember, language is only 7% of your communication!

So you want to learn what the other 93% of communication is, and learn to master it. And here’s why …

You and everyone else on this planet are using the 93% that you don’t know about; you’re just not able to use it with intent. So you don’t really know what the heck it is you are communicating to others.

And unless you can decipher the communication code, you will forever be at the mercy of those people who can. You will be on the losing end of almost all opportunities that come your way. You will be the heartbroken sailor leaving the store without that special gift for someone he loves!

So, what to do now? Well, if you want to reap the benefits of being an excellent communicator, then check out our NLP Training Online.

You’ll always be glad you did.